Now that poker is fully available and very popular online as well in app form in so many countries all over the world, the World Poker Tour is able to draw in huge player pools – and prize pools – wherever it goes. The 2019/20 schedule of the World Poker Tour has quite some way to go yet, meaning that you still have a chance to compete.

One of the most popular forms of poker on the WPT is that of DeepStacks. Due to the relatively larger stack of chips given to players at the buy-in, DeepStacks games make for better competition between more seasoned players. DeepStacks are considered to be much more about the skill of the player as they allow for the patient accumulation of chips and tactical plays.

As such, if you’re one who wants to compete on the World Poker Tour, you’ll want to make the trip worthwhile to play one of the long-forms of poker. Here, we’re going through the events on the WPTDeepStacks schedule which take place in particularly idyllic locations. This way, you get to compete at the tables and enjoy the area as a part of your trip. 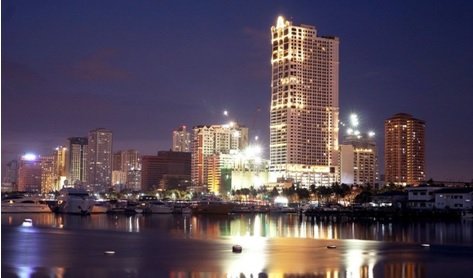 On February 14, 2020, the World Poker Tour comes to the Philippines. For a PHP75,000 (US$1,473) buy-in, you’ll get a seat in the luxurious Okada Manila casino resort and hotel complex. This will be the first time that a season of the DeepStacks tour has come to the Philippines – this now being the sixth season of the WPT’s touring poker event.

E-City has been in development for over a decade and boasts a wide range of hotels and casinos, but Okada Manila is certainly the star of the show. The complex itself features a huge fountain, a garden, an indoor beach club, and a huge range of restaurants and bars. The fountain along is a major attraction of the area, being the size of 50 Olympic swimming pools and featuring choreographed water movements, lighting, and musical performances.

It’s an all-in-one vacation complex in itself, but if you did want to venture out, the area is filled with casinos, making it great for poker players. While it is a very large area, being in Metro Manila, visitors may want to venture into the city of Manila to get a better taste of Filipino culture.

Stopping by the Holland Casino Amsterdam Centre, the World Poker Tour comes to the Dutch capital on March 12, 2020. For the WPT DeepStacks Amsterdam event, poker players will want to bring with them an extra €1,200 (US$1,333) to play at the tables of the grand Holland Casino. The great city has been a staple on the WPT DeepStacks schedule across its seasons, with most recent visits seeing Christos Economides winning US$91,955 and Felix Schulze winning US$117,018 in 2018/19, and Thijs Menco landing US$80,653 back in the 2017/18 season. 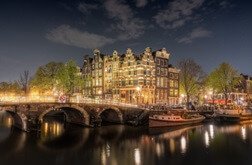 Amsterdam isn’t as poker and gaming-centric as the other locations on this list but does offer a great deal of activities to enjoy between games of cards or perhaps after a tournament win. For starters, the beer is superb. The home of Amstel, Heineken, and Grolsch, it’s actually the microbreweries and craft beers that are the best on offer in Amsterdam.

As well as the beer, the range of cuisines on offer across the Netherlands’ capital is superb. You can find a lot of your run-of-the-mill continental European foods – like cold meat, cheeses, and breakfast pastries – but the local favorite cuisine is Indonesian food. After a great meal, there is so much to explore in the beautiful city, from its waterways to the many, many museums.

Before the Championship, European Championship, and Big Stax, the World Poker Tour makes a stop in Johannesburg, South Africa, on April 3, 2020. Taking place at the incredibly scenic Emperors Palace Hotel Casino, it’ll cost R15,000 (US$1,038) to buy-in for the WPT DeepStacks Johannesburg tournament. Joburg, as it’s known, is a regular host of this tournament, awarding winner Daniel Habib US$113,445 in 2017/18, Abdool Essa US$50,521 in 2018/19, and US$67,883 to victor Ray Adam earlier this season. 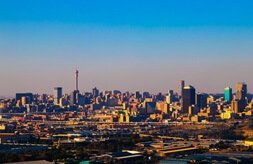 The sprawling urban area of Johannesburg has a lot to offer tourists, but of particular appeal to incoming poker players for the World Poker Tour will be the availability of online poker in the country. Poker can be found in abundance via the country’s internet, with most sites combining with gaming sites to offer varied welcome offers. This has allowed a strong poker audience to develop in the country, so it shouldn’t come as a surprise that the World Poker Tour’s arrival is a major event in Johannesburg.

Having quick and easy access to card online is certainly a benefit of going to South Africa as there is so much to do in the country. There are the classic days out like going on a safari, but Emperors Palace itself is quite the classy entertainment hub, featuring a top-class range of restaurants and scheduled shows on the calendar throughout the year.

If you’re an avid poker player and want to join in with World Poker Tour DeepStacks season, consider E-City, Amsterdam, or Joburg as your go-to destinations for an all-around great trip.

Offer only applies to first deposit of £10 or more. Use bonus code ‘TWENTY’.

Review
Play Here!Play Here!
Terms & conditions apply
Offer only available to players who have never made a real money deposit of £10 or more
The £20 Free Play will be credited daily from deposit date: Day 1 = 5 x $1 tickets, Day 2 = 5 x tickets, Day 3 = 5 x $1 tickets, Day 4 = $5 cash bonus, Day 5 =5 x $1 tickets, Day 6 = $5 cash bonus
We reserve the right to withhold rewards if there is reason to suspect that a deposit is fraudulent, or that it has not been made with the intention of using it to play real money games
All tickets issued as part of the £20 Free Play promotion expire 21 days from issue
Any unused tickets issued as part of this promotion will be forfeited
Tickets cannot be redeemed for cash or any other value, or be transferred
During the bonus period, you are not permitted to cashout the bonus amount. For the avoidance of doubt, you may withdraw any deposit funds you have made (or winnings from the same) at any time.