Six-time WSOP bracelet winner Daniel Negreanu is considering the idea of starting his own poker series. What are the Canadian professional player’s plans all about, and what are the chances of them coming to fruition in the near future? Here are some pointers from pokerappguide.com. 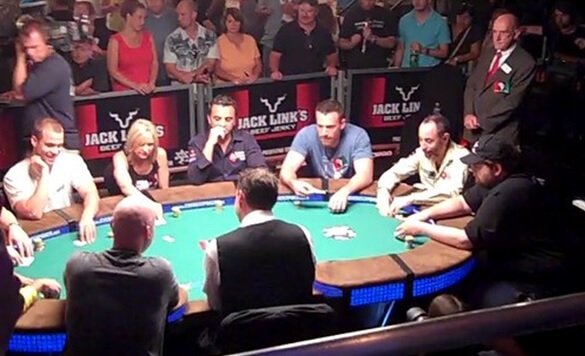 His first message said that he was “considering running a poker tournament series”. He then listed the main highlights of this proposed series. These highlights included the following: one event a day, no late registration, no re-entry allowed, and guarantees on all events.

He posted a list of how the two-week schedule could work. His list started off with an NLH Bounty event with a $1,500 buy-in. The final games would be NLH and an 8 Game, each with a $10,000 buy-in.

What Kind of Poker Series Would It Be?

Perhaps the key point here is that no re-entry would be allowed. This means that it would be a freezeout, so that players could only enter once. This used to be a common way of playing, but the majority of modern poker tournaments now allow rebuys and re-entries. It is viewed as being necessary for them to be able to offer high-value prize pool guarantees.

Negreanu talked about it being more of an old-school approach. He said that “re-entry hurts recreational players absolutely”. It makes the end games of tournaments a lot tougher and the ratio worse for recreational players. Pro players can buy their way back into tournaments multiple times if the no re-entry rule isn’t in place.

Will It Appeal to Online Casino Players?

With online casinos now booming, it is worth considering whether the players who use these sites may be attracted to the proposed poker series. Could this be a target market that helps Negreanu’s plans to take off?

Players on these casino sites can very easily try slots, blackjack, and roulette games, among others. Persuading them to enter a poker series that is designed for recreational players may help to greatly increase the number of people who sign up for this tournament.

As we can see some of the top sites in this industry include Leo Vegas, Casino Room, and Dunder. The range of attractive bonuses that they offer proves how competitive the casino business now is. Newcomers can benefit from free spins and cash bonuses.

The plans that were tweeted out by Negreanu certainly got poker fans talking. A lot of the initial reaction was positive, with many seemingly happy with the no-entry rule, as it take away a possible advantage from the pros. This could mean that it is ideal for newcomers.

Who will fund the series if it ever happens? Negreanu was quick to point out that he wouldn’t be using his own money. He said that it is “all about getting someone to post up the guarantees”. Certainly, there is a chance that the presence of such a big-name player could make this a success among players looking for a level playing field.