The History of Poker Games on the PC

These days, online poker is a massive draw for players around the world because of its ease of access and big tournaments. As technology has continued to advance, online poker has rightfully found its place as a legitimate way to play alongside actual table poker.

In fact, a report published by Infoplay indicates that online poker saw a 30% increase in traffic in 2020, and these numbers are on the conservative side. However, this wasn’t always the case and online poker has come a long way over the last couple of decades.

The early beginnings of online poker go back to the year of 1998. Back then, the concept of playing online games for real money was still in its infancy. Compared to what you can expect from most of the modern providers, the online poker websites from that era were all rather basic in design. At that time, no one had a clue how popular online poker could eventually become. 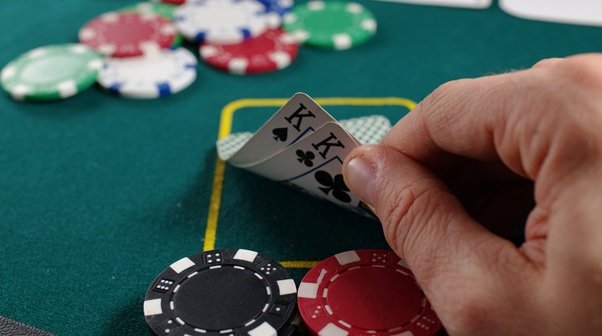 One of the most important additions to online poker websites were tournaments known as satellites. These online poker tournaments were a big hit because the winner was granted entry into proper table poker games at big tournaments around the world.

A great example of this is when Chris Moneymaker entered a satellite tournament and won entry to the 2003 World Series of Poker, which he subsequently went on to win.

Chris Moneymaker’s success ignited something known as the Poker Boom. This occurred around 2003 to 2004 and saw the number of poker players online increase rapidly. In fact, the player pool at the time doubled in size or more each year for several years running.

The Poker Boom came to an end in 2006 due to regulations such as the Unlawful Internet Gambling Enforcement Act of 2006 coming into fruition. As a result, in the first World Series of Poker event after the act was put into place, the attendance of the main even dropped by almost 28%.

Online poker also took a massive negative hit due to money laundering scandals. One of the most popular providers from this period was hit by a massive cheating scandal whereby an employee had found a loophole that allowed him to see competitors’ hole cards. This loophole was also taken advantage of at other online poker sites that saw players, who were never caught, cheating the system out of millions of dollars.

These days, promotions and advances in technology have allowed online casino games to remain popular at STS and other leading establishments, although the buzz off the Poker Boom seems to be long gone. Nevertheless, newcomers continue to log on and take advantage of free chips, and people often play for fun with zero-money games available.

In the modern era of online poker, players have a heap of online poker sites to choose from, but not all of them are available in every region. But the good news is that most, if not all of them, can be accessed from both desktop environments as well as smart devices, so you are unlikely to run into any compatibility issues. So, if you’ve ever dreamed of being able to play a few rounds while commuting or sipping a drink in your favorite coffee shop, now is your chance.